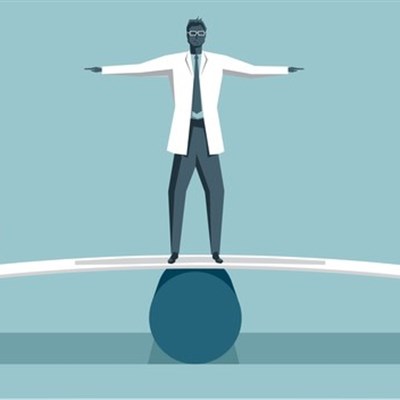 The Relevance of Identifying Conflicts of Interest

November 17, 2020
Conflicts of Interests (COI) is a hotly debated issue within medical institutions, raising questions about how these issues could be addressed and policed. Even with this debate around COI, if one is identified within an institution, it could harshly affect their status, reputation, and responsibility. COI are secondary interests, such as financial gain, that are prioritized over primary interests or the health of patients. Particular issues vary in severity and relate to the accountability of said physician or institution. COI and the emerging policies surrounding them have been hotly debated; however, simply identifying a COI within an organization is an effective strategy to target said organization’s reputation and legitimacy. This sentiment can be seen from Bryan Carmody et al. in their work identifying a COI within the NBME—a vast increase in revenue from purely secondary interests. The NBME responded and highlight the allegations as serious, but mostly denied them. While the NBME denies the allegations, they do address them as serious and were prompted to respond back, which speaks to the negative connotations COI has within medical institutions.

Traditionally, health care organizations have not had policies intended for Conflicts of Interests (COI): “a set of conditions in which professional judgment concerning a primary interest (such as a patient's welfare or the validity of research) tends to be unduly influenced by a secondary interest (such as financial gain)” (Thompson). Primary interests concern population health and the ethos of said medical practitioners and institutions, while secondary interests are harmful incentives that detriment primary interests. This could be considered a result of low accountability for medical institutions. Medical journals dating back to 1984 have illustrated policies for handling this phenomenon for researchers and others.

The effects of COI depend on a number of factors, varying in severity, and are primarily incurred by a lack of accountability. The factors that determine the severity of a COI are, (1) the likelihood that professional judgment will be influenced, or appear to be influenced, by the secondary interest and (2) the seriousness of the harm or wrong that is likely to result from such influence or its appearance” (Thompson). The likelihood of an influence is an important factor in tracing COI. In fact, this COI can be related to a physician’s or other party’s lack of accountability: “the more limited the accountability of the physician or researcher, the more serious the conflict. If the decision of a physician is reviewable by colleagues or authorities (who do not themselves have conflicts of interest), then there is less cause for concern” (Thompson). Physicians may believe that their decisions are unbiased or that they themselves have little accountability; however, data indicates that “health care professionals may believe they are able to ignore influence from commercial interests, human judgment research indicates that decision-makers are generally unaware of biases affecting their decisions” (Weber).

COI has become debated as of late; although identifying a COI within an institution is an effective manner to address and urge change. Critics of COI believe that physical and medical workers ought to only be paid through direct fees or a salary, not from any other financial interest that may be brought about by a COI. Critics against organizations enacting policies toward recurring COI state it’s a practice of censorship and ignores other forms of bias: “[t]he most frequent are that disclosing conflicts of interest impugns the integrity of honest researchers, that prohibiting conflicts of interest in authors of review articles and editorials is a form of censorship, and that our policies unfairly ignore intellectual biases in favor of financial ones. Let's look at these arguments” (Kassirer). Directing policy to handle COI is also a major dilemma required to dissolve the problem: “[a] common criticism of rules governing conflicts of interest is that they unfairly punish ethical physicians and researchers for the misdeeds of the few unethical ones” (Thompson). While the debates and policies around COIs are surrounded by conflict, identifying a COI within an organization is a critical way in which, as of the present time, one can pressure an entity to enact policy changes to rid themselves of the COI.

One such example of this illumination is from Bryan Carmody et al., in “On Step 1 Mania, USMLE Score Reporting, and Financial Conflict of Interest at the National Board of Medical Examiners.” Carmody investigated the NBME for hidden financial incentives, which would be a COI. He reiterates in the abstract that, “[a] financial conflict of interest occurs when a judgment concerning a primary interest may be influenced by a secondary interest, such as financial gain. The data presented here demonstrated that the NBME has a conflict of interest in its current score-reporting policy.” In response, the NBME states that Carmody et al. has raised “serious allegations” towards their name. This showcases that COIs are regarded heavily in the medical community, and an allegation of such is considered a serious matter. While NBME attempts to explain their case, it is clear that the COI is a matter that cannot be brushed aside.

In regard to the specific allegation, Carmody et al. states that NBME’s revenue has risen after fulfilling their primary goals. In fact, their, “[revenue rose] dramatically over the past 2 decades. Much of the increased revenue is derived from test products and services not required for medical licensure, with sales driven by the increasing importance of Step 1 scores in residency selection.” This revenue derived from products and services is, of course, a secondary interest that does not benefit the primary interests of the institution. Carmody suggests that NBME must resolve problems with its “score-reporting policy” and that, “[p]ossible remedies, such as disclosure, recusal, divestiture, and restructuring, are considered.” This speaks to the previously mentioned remedy of accountability.

Whether the NBME resolves this alleged COI with heightened accountability is yet to be seen; however, the stress and urgency they placed on the allegations showcases how their reputation was being attacked and tarnished. COI will inevitably remain a problem, as they address concerns that go against primary interests, such as patient health. While the ways in which COI are corrected are still a matter of concern, as they negatively impact an institution's reputation, it is clear that this process is in its infancy.