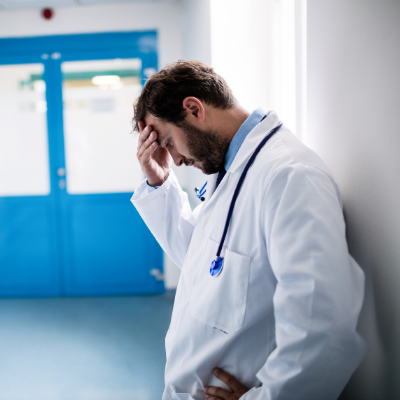 By now, it is common knowledge to cite the 2020 AAMC Report that projected a shortage of physicians between 54,100 and 139,000 by 2033. This range comprises a shortage of primary care physicians (between 21,400 and 55,200) and non-primary care specialty physicians (between 33,700 and 86,700). This is also not to mention the COVID-19 pandemic and its effect on the healthcare system. Although there are thousands of medical school graduates, doctors in name only, who are unable to match into residency programs, and, therefore, cannot practice as a physician. Medical graduates are not even permitted to work with patients under supervision, which is less than what they could have done while in medical school (Dewan). The disparity between positions to be filled and the number of applicants for the NRMP Match could be caused by many factors, such as the Balanced Budget Act of 1997, which froze the number of funded residency positions, but a more prominent and undiscussed question is how these medical graduates could assist in providing care even if they remain unmatched.

Below are the statistics of the unmatched, from a wide array of graduation and civilian statuses, gathered from the NRMP Archives. As one can see, unmatched PGY-1 applicants have consistently been between 7,000-9,000 every year since 2007. While some could be reapplicants, there are thousands of medical graduates that cannot further their training. More so, while these graduates have years of experience, “many of [them] are often relegated to working entirely outside the medical field” (Dayaranta), which is painful to consider in light of the physician shortage. This supply of medical graduates could no doubt alleviate the physician shortage, but they remain an unutilized resource.

*To view the full chart, please visit this blog on your desktop/laptop

The question now becomes, how can this untapped resource of medically experienced individuals potentially be utilized if they are not matched. Most countries outside of America provide the necessary licensure to medical students upon their graduation, and it has been argued by Mantosh Dewan, MD and John Norcini, PHD, through the presentation of two models, that this process can be accomplished in America as well. These models include medical schools providing a one-year residency program for their unmatched graduates and the other being (albeit similar) to cut down the four-year medical school curriculum to three years plus an additional one-year residency. These models were contemplated off the fact that, in all but 15 states, one can obtain a physician license after one year of residency and that the fourth year of medical school has often been cited as inefficient (Dewan). The former model, which still fits within the current GME structure we have in America, has more or less been implemented by the University of Arkansas for Medical Science: the university implemented a transitional year program for their medical students who were unmatched. While the transitional year program only allowed for five resident positions, it was deemed as a success that “provided an institutionally valued solution to a concerning trend and was acceptable to learners for meeting their individual career direction needs and plans” (Gathright). These models may be concerning to some, as one year of residency is much different than the training provided by a full-length residency program; however, if medical schools have the ability to implement shorter residencies, such as the transitional year, they could provide an opportunistic avenue for their unmatched graduates to take.

Another model to utilize the skills of medical graduates who could not find their way within a residency program is a provisional license. This license could be given to medical school graduates to allow them to practice in the medical field under the supervision of a healthcare professional. Some states (Arkansas, Kansas, Missouri, and Utah) have implemented legislation that allows these graduates to pursue these licenses; although they usually come with a number of restrictions, such as one must have graduated medical school within a few years prior or must have graduated from a specific in-state medical school (Dayaranta). Missouri’s iteration of this legislation, the Missouri Assistant Physician Program, was implemented in 2014, and the state currently has 200 to 300 individuals acting as an assistant physician (Way), which is more or less the same amount of authority that was described for provisional licenses. Further legislation was discussed that would allow an assistant physician to apply for a full physician license after five years within the Missouri program—which would allow a physician to practice without the use of a residency program—, but it was opposed by the Missouri State Medical Association and not passed. Many medical organizations have shown opposition to the incorporation of a provisional license, such as the AMA, AAMC, ACGME, and ACCME (Way); however, it has been argued that “physician assistants and nurse practitioners do not receive substantially more training than medical students receive, yet they still treat patients throughout the country with a significant level of autonomy without having to undergo nearly [the same] extent of post-graduate training” (Dayaratna). Although their opposition to these measures is understandable: residency programs have been the sole pathway to become a physician since the 20th century. With this in mind, unmatched medical graduates still have the skills necessary to, at the very least, work with patients under the supervision of professional faculty from their medical school experience.

Models that fundamentally change the way in which healthcare education is brought about, such as changing the curriculum of medical schools or providing a pathway to become a physician without a residency program, will perhaps prove to be too optimistic to implement. Medical schools creating residency programs specifically for their unmatched graduates could alleviate the problem of unmatched residents and still fit within our current GME structure, but that will be dependent upon the initiative of multiple medical schools and the success they find. The implementation of the provisional license may prove to be the most impactful to alleviating not only the physician shortage but of the mass of medically experienced individuals that are not working within our health system as well. As stated before, having the provisional license provide a pathway to becoming a physician would fundamentally challenge the residency program and will most likely not be implemented in the near future; however, medical school graduates should at least not lose the ability to do what they have been doing throughout medical school—especially in times of the physician shortage.